a sale advert in India 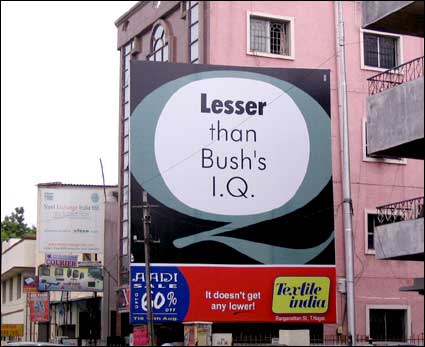 Well it's understandable with Bush's IQ. but how about thailand's prime minister's ?

our PM?
while i'm not sure about his IQ,
it's pretty clear to everybody that he has a relatively low EQ :P

Well that is a curious picture though I think that they might wanted to say "Not Less than Bush's IQ" ;)